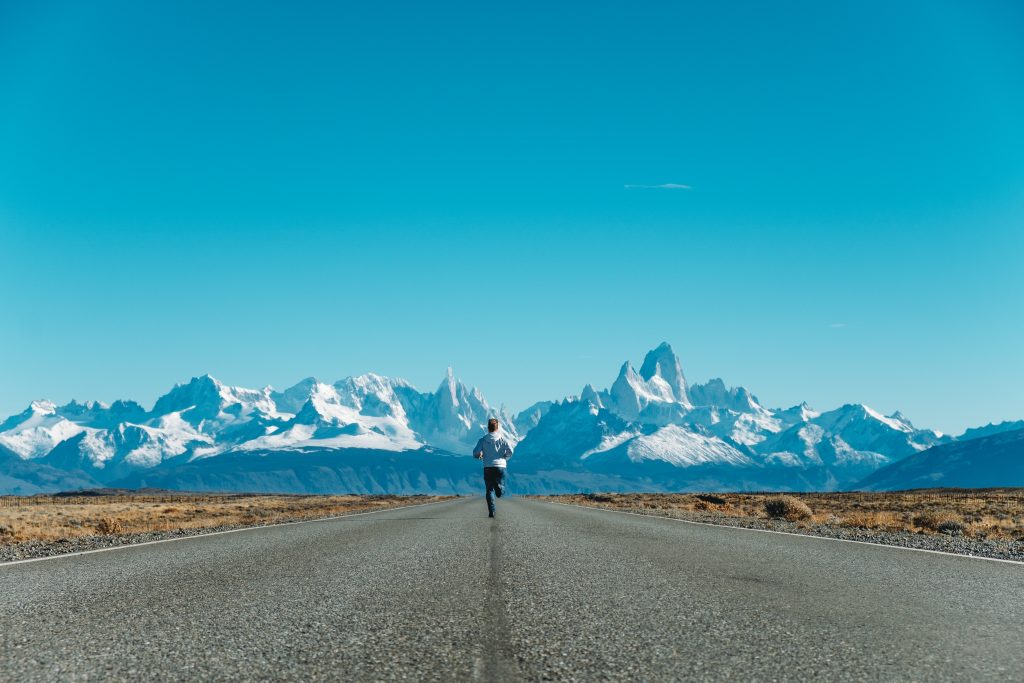 MD of Olyi LTD, helping businesses and people in the construction industry, develop sustainable, inclusive and safe communities so that everyone can led a fulfilling life.

Asthma saved my life. And my family still saves it every day.

In 2007 I was asked the question “what do you want to achieve in life, Matthew?”

It was a job interview, a throwaway getting to know you question.

“Run the London Marathon!” I replied.

It had probably been on TV recently. I liked the idea of running and it sounded good.

It was never going to happen either. I was, even at 37, vastly overweight. I hadn’t run for nearly 20 years, and I was an ex-smoker who liked a regular (nightly) drink.

Fast forward a few years, and I was still an ex-smoker, still a non-runner, but I got the job, which was fast paced, fun, aggressive, entertaining, and challenging.

I spent a considerable time away from home, filling the void of comfortable slippers and wholesome teas with sandwiches and a couple of bottles of wine (usually after an aperitif of four cans of Stella).

I remember to this day a visit to one of our projects with my sub-contractor and friend. We decided to get a cheeky beer before finishing.

I had the classic middle-aged, sweaty, stressed businessman look – suit, tight white shirt, and grey pallor, throwing beer down my neck. After a while my friend bluntly said, “I wouldn’t be surprised to hear that you’re dead in a couple of weeks.”

Not enough to stop drinking, obviously. But still shocked.

Instead, I upped my step count. Walked further – after all, “every little helps” I repeated to myself.

But still I went through my nightly routine starting with my 4 cans of Stella (other beers are available, and frequently were, as long as they were 5% plus), and finishing with my wine & lemonade (to make the cheap wine palatable) and a forgotten conversation with my beautiful wife.

I still justified this as acceptable, because in my head I was performing well at work, keeping my home life together, being a good husband and Dad.

This was a locked-in routine – rarely more, never less, and a promise before I went to sleep that tomorrow, I wouldn’t do it again. But fast forward 5 years and I still often fell asleep whilst reading a goodnight story to my son.

September 2017 saw a transforming email arrive in my inbox. I had been given the opportunity to run in the London Marathon for Asthma Research UK.

I’d been running during the previous year, training for the York marathon until I broke my ankle. I was secretly delighted that with a little exercise, I could still maintain my routine. Surely I must be healthier now?

But this was different – it was London! I was going to go to the gym, get a personal trainer, eat better, and show myself what I could achieve.

On 21st December I went for my assessment at the gym.

I was swimming and running regularly, and I felt in good shape (once I’d recovered each morning).

I’d even got used to running early dawns, seeing the sun come up and being out in nature. I felt quite smug about myself.

So I wasn’t prepared for the fitness instructor to say, “I don’t want to panic you, but…”

And that was it…. he scared me witless.

I sat in the pub that night with some friends, wondering what to do, not daring to talk about it really. Sipping San Miguel.

Right from the start, I began by thinking “I’ll stop drinking until I complete the London Marathon.”

One of the most amazing and liberating days you could imagine.

Seeing my wife and son on Tower Bridge, and again on the Embankment, filled my heart with love and joy.

To hear your name screamed by strangers for 26.2 miles, and to be handed a drink by a work colleague as you run through Greenwich! Wow. Just wow.

I wanted that again. My plan was to have a beer at the Institute of Directors afterwards.

Who wouldn’t? But then, when I got there, why would I.

Four years later and I haven’t touched a drop of alcohol. Every day I get up I’m grateful for that first breath showing I’m still here. I’m grateful to hear my wife purring next to me, my son’s rustling in his sleep as he turns over, and the opportunity to get out and plod the streets.

Most days I still feel like having a drink. But I don’t. I did get brave enough to have a Becks Blue once.

Now I look at the can and bottle labels differently, no longer chasing 5% plus beers and 12% plus wines.

Not a reward, not that habitual need to celebrate success but a real treat, occasionally and just because I deserve it.

Now I remember the night before, and most of the conversations I have with my wife and son.

Now I remember what I watched on TV.

Previously I would sit on the toilet and try and think about what I had watched the night before, never really being able to get there, and usually relying on routine, knowing that such and such was on a Thursday.

I’m passionate about not returning to the dark days. I marvel at all the people who can have one or two or three and then stop for days.

Just a glass of wine with dinner – ohh, a nice Sauvignon Blanc (crisp – my favourite).

But to be honest, water is beautiful.

And I’ve just discovered lime and soda. That’s cool too.

So why does my family save my life every day?

They are my reason. My why.

I get up with excitement rather than a headache, and they support me, love, and cherish me along the way.

I go to bed with gratitude instead of numbness, and to them I give my eternal thanks. They bring me to life, along with my understanding friends and colleagues.

I think of what alcohol took away. And I think about what I took away – after all it was my choice to drink alcohol.

But I went through years of not remembering, selfishly not wishing to or being able to deal with the habit.

We went through IVF because my swimmers swam wrong.

And I wasn’t 100% sure I should drive my wife to the hospital when her waters broke. But later I celebrated my son’s arrival with a bottle of whisky as a treat.

And they are some examples of the impact that my behaviour and attitude had on those closest to me.

My erratic moods, worried if I said anything inappropriate, wondering if I wandered off, where would I be?

And why did Asthma save my life?

I’ve run hundreds of miles training for marathons that I’ve run for Asthma Research, and hopefully will continue to do so.

They gave me the nudge to do it. To achieve something that I didn’t even realise I wanted.

And to them I will forever say “thank you.”

Be honest about what you do. It’s only you that you’re lying to if not.

And if you feel you have no one to chat to, then chat to me. I know how you feel, and I have learnt to listen well, without judgement.

Our conception of alcohol addiction is that it’s quite grubby, usually brown paper bags and cheap alcohol.

I don’t believe that’s not the case. Alcohol addiction can range from cider to Sancerre and has no recognition of social standing.

It doesn’t care if you’re the captain of industry or the humble litter picker.

It looks for stress, the cracks in our lives, that little opening that it can squeeze into, bringing its warm glow of temporary comfort.

A few years ago, I wrote the lines below, and I think they are still relevant.

Be kind to yourself.

I was frightened not to,

No one knows if you hide it well,

Some of those closest, said I had a problem,

The gym instructor asked how many,

His face a picture at the “real number”,

Imagine his face if I’d told the truth.

I liked a label I’d read,

That’s not so bad.

I liked a drink.

I drank a few every day,

Every evening’s “few” was a recommended weeks total.

Years of clinking bottles and cans,

Creeping to the bin, the neighbours won’t see.

Worried there was none at home, nip to the shops,

My evening commute – just in case!

I run now, meditate and yoga,

My heart is healthier,

My outlook brighter, my past remembered,

Me, my wife, and family, happier.

I love a drink,

I just won’t have one anymore.

We use cookies on our website to give you the most relevant experience by remembering your preferences and repeat visits. By clicking “Accept All”, you consent to the use of ALL the cookies. However, you may visit "Cookie Settings" to provide a controlled consent.

This website uses cookies to improve your experience while you navigate through the website. Out of these, the cookies that are categorized as necessary are stored on your browser as they are essential for the working of basic functionalities of the website. We also use third-party cookies that help us analyze and understand how you use this website. These cookies will be stored in your browser only with your consent. You also have the option to opt-out of these cookies. But opting out of some of these cookies may affect your browsing experience.
Necessary Always Enabled
Necessary cookies are absolutely essential for the website to function properly. These cookies ensure basic functionalities and security features of the website, anonymously.
Functional
Functional cookies help to perform certain functionalities like sharing the content of the website on social media platforms, collect feedbacks, and other third-party features.
Performance
Performance cookies are used to understand and analyze the key performance indexes of the website which helps in delivering a better user experience for the visitors.
Analytics
Analytical cookies are used to understand how visitors interact with the website. These cookies help provide information on metrics the number of visitors, bounce rate, traffic source, etc.
Advertisement
Advertisement cookies are used to provide visitors with relevant ads and marketing campaigns. These cookies track visitors across websites and collect information to provide customized ads.
Others
Other uncategorized cookies are those that are being analyzed and have not been classified into a category as yet.
SAVE & ACCEPT
Scroll to Top